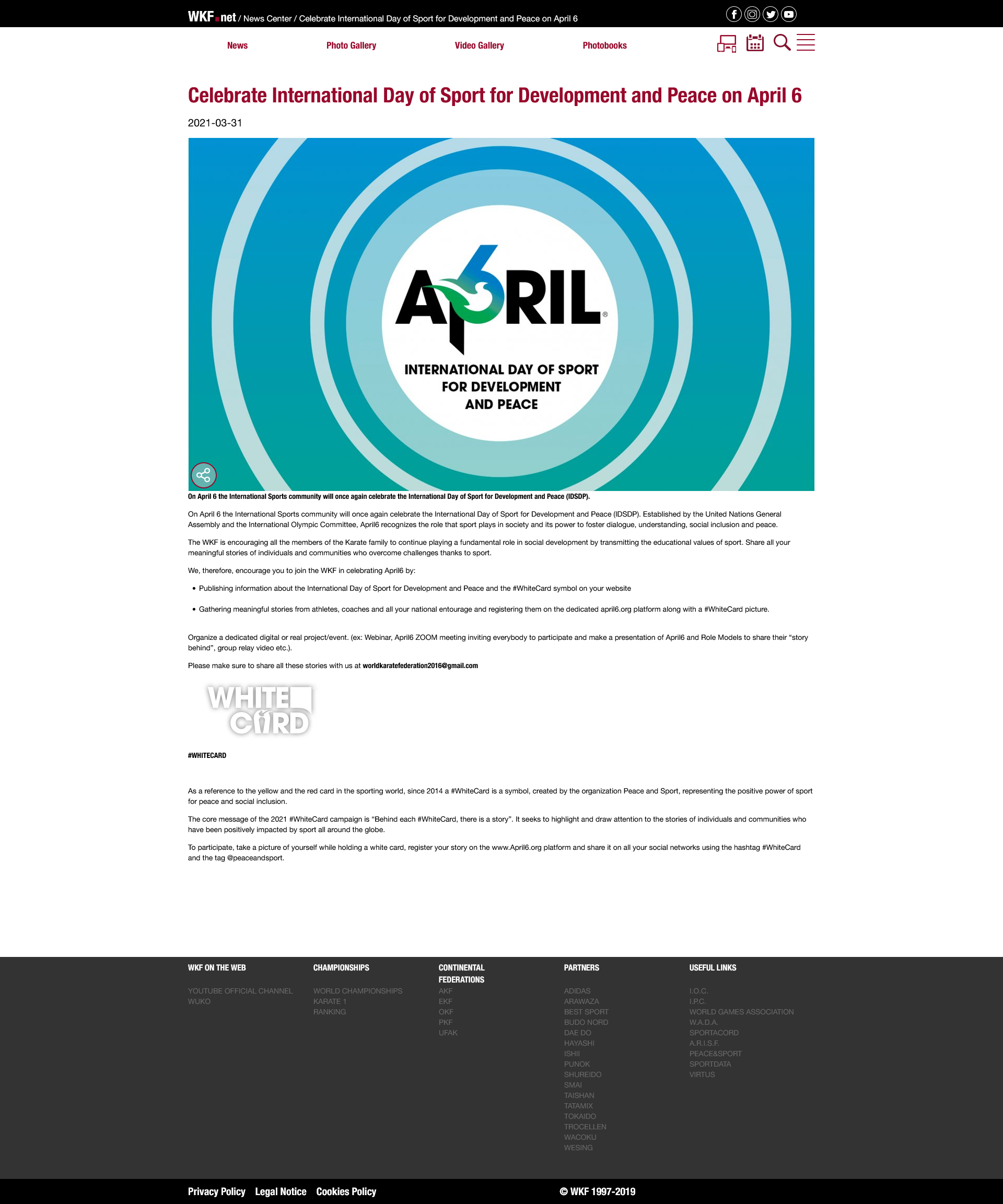 The World Karate Federation has launched an online campaign to engage the Karate community in the celebration of the International Day of Sport for Development and Peace (IDSDP) on April 6.

Karate’s international governing body aims at involving the Karate world in joining the #WhiteCard campaign on April 6 and has called fans all over the world to post the pictures on social media.

Through communication to its National Federations and a specific section on its website, the WKF hopes that the thousands of enthusiasts of the sport will contribute to the success of the celebrations for April 6.