Soccer and wrestling for peace, education and inclusion 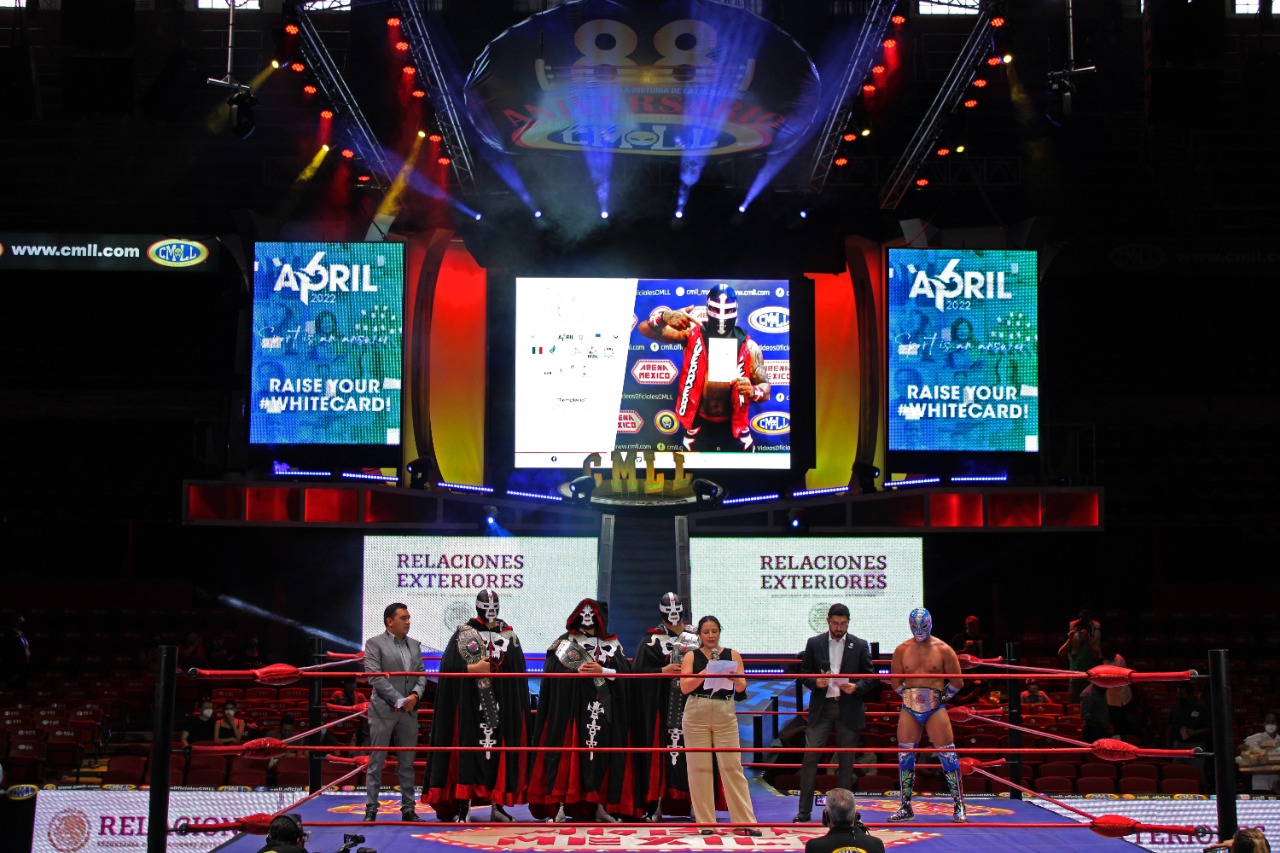 The Mexican Ministry of Foreign Affairs through the Technical Council of Diplomacy and Sports Cooperation held two events to commemorate the international day for development and peace.

A soccer tournament in collaboration with the Qatar Embassy in México where 13 diplomatic representations from Romania, Kazakhstan, USA, El Salvador, European Union, Russia, Ukraine, Azerbaijan, Peru, Canada, United Kingdom, Turkey and Qatar with the objective to promote solidarity, peace and give a message of fraternity among all the participants.

The presentation of the chapter “Diversity in wrestling” of the miniseries “Unmasking wrestling” in collaboration with the World Wrestling Council and the UNESCO Representation in Mexico. This presentation was made during a live wrestling performance in which representatives of the three institutions launched messages promoting sport for development and peace before hundreds of fans who raised white cards in support and commitment to the initiative.

Gala Lutteroth, Cultural Liaison Director of the World Wrestling Council thanked this opportunity to talk for the inclusion in sports, where there have been a lot of women who have Exalted Mexican wrestling all over the world while they are also supportive in their families. She spoke also for the LGBBTTQ community which has brought not only new wrestlers but also great human beings, athletes and joy to the ring and have given a new perspective for respect and freedom to the CMLL.

Erik Del Angel, Executive coordinator of the Technical Council of Diplomacy and Sports Cooperation accentuate on inclusive Societies and a more egalitarian, equitable and inclusive sport. He also said that it is inevitable to talk about the need for peace in different conflicts in the world where great initiatives, figures, associations, committees, and leagues appear but there are also small ones like the fans that manifest their willing to peace by having no Altercations within wrestling events

Finally Mr. Vacheron representative of UNESCO in Mexico said that according to a major Lancet study, more than 41% of physical activity was decreased in the first few months of lockdown. HE reminded us that  Sport within COVID-19 pandemic is fundamental to people’s psychological well-being. The decrease in physical activity is, therefore, a health problem, including mental health, of the utmost importance, which is even more worrying because today it mainly affects young people.

He also mentioned that UNESCO at the global level works closely with the International Olympic Committee and UN Women, with whom they have founded the World Observatory on Women, Sport, Physical Education and Physical Activity, whose mission is to better detect the obstacles that continue to hinder women’s access to sport.

He celebrated the promotion of sport for all people which is also the challenge of the first phase of UNESCO’s “Fit for Life” initiative, which will measure the impact of sport and physical culture on the Sustainable Development Goals. This work will serve as a basis for a global reflection on the integration of sport into public policies, not only in the fields of sport, but also in those of health, education and youth. In this sense, we are working with Foreign Affairs and the Mexican Olympic Committee, to implement Fit for life in Mexico.