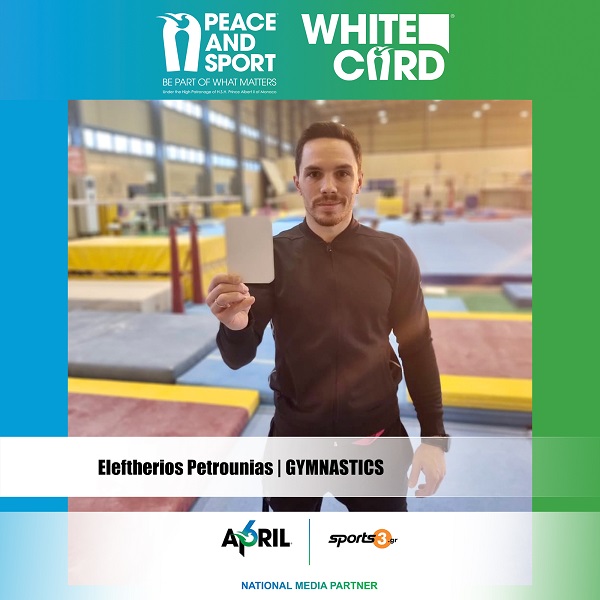 Lefteris, can sport contribute to the promotion of world peace through the values ​​it promotes?

“It can certainly contribute to the promotion of world peace, as it is the only moment on the planet where, when all the countries that are competing, in those moments, the noble rivalry, the competition and the good fight prevail. “After all, Nelson Mandela had said that sport has the power to unite the whole world.”

-How can athletes, convey the ideas and ideals of sports, in order to send a strong message everywhere?

“Athletes tend to come together to spread the message they want and in a magical way this is happening worldwide!”

“Greece, the birthplace of the Olympic Games, Democracy and Olympism, is the one that must remain a model for all the above and continue to spread this spirit, teaching and spreading lessons of respect, humanity and morality.”

-Through the actions of “Peace and Sport” can you make a legacy for the future, holding a white card?

“Of course I can and it is a great honor for me.”

-Which athlete in the world do you consider the “ambassador” of the ideals of sports?

“I do not think it is right to single out an athlete as a role model. “All athletes hide a story of life and effort and they all deserve to be role models in the younger generations.”