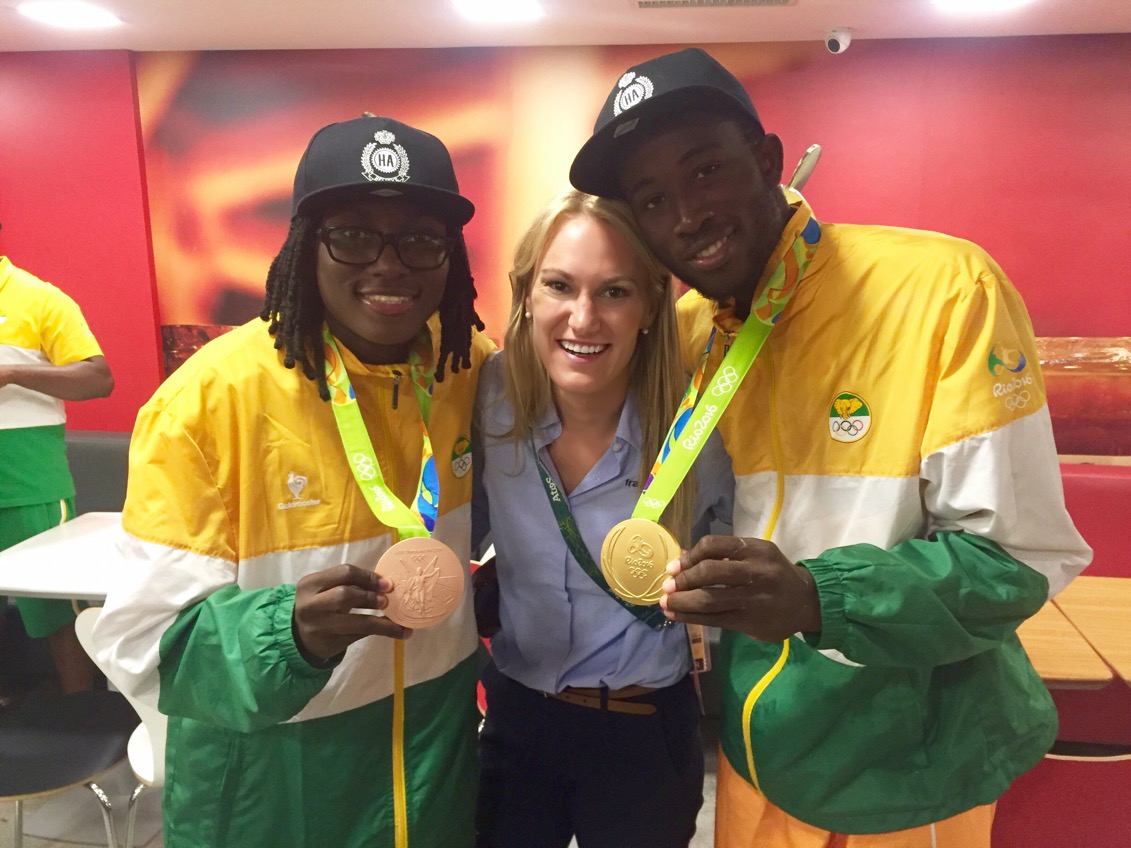 As Champion for Peace, Marlene Harnois played an active role in supporting and mentoring local taekwondo prodigies Ruth Gbagbi and Cheick Cissé. Following their historical victories at the Rio Olympic Games, Cheick and Ruth have become national heroes. They are now prepared for the Tokyo Olympic Games.