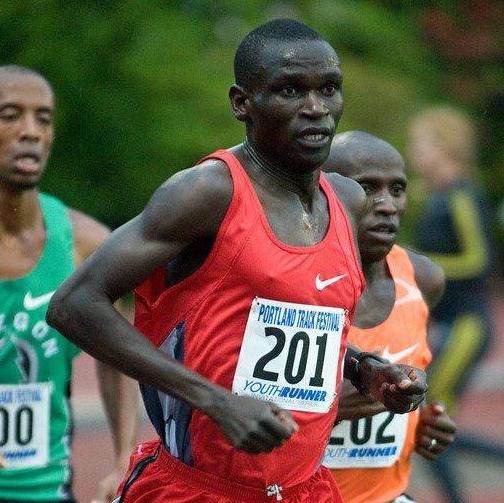 Born in Northern Uganda, Julius Achon OLY grew up in very poor living conditions with his 9 siblings. When he was only 10 years old, he was recruited by soldiers of the Lord’s Resistance Army, together with other 14 children from the same village, and he stayed 3 months in the bush. When he escaped, 9 of his friends were killed by a fighter aircraft and 6 of them made it home.

Julius Achon OLY started to participate in competitions at the age of 12. For his first competition, due to the lack of public transport, he ran 75 km to go to the stadium. Thanks to a scholarship, he was able to pursue his high school studies in Kampala and he represented Uganda in the World Junior Championships in Lisbon in 1994. As he had no proper shoes to run, he had to borrow the shoes from a Kenyan participant and he won his first gold medal in 1500 meters run. In 1995 he won a bronze medal in the Africa Championships in Harare, Zimbabwe. Thanks to athletics, he was given a scholarship to study in Virginia, in the USA, and he competed in the Olympics in Atlanta, in 1996, and Sydney, in 2000.

In 2004, soldiers from the Lord’s Resistance Army (LRA) led by Jospeh Kony killed his mother. This is when he decided then to take care about the orphans of the war by creating the Achon Uganda Association. After the end of the war, in 2007, food ressources were lacking so he decided to start an agricultural project. With the seeds of the Love Mercy project, from Australia, communities could send their children to school, eat, and pay for medical expenses. Other projects have followed: Julius Achon OLY built a health center named after his mother, Kristina Health Center lll, he invested in clean water projects, and he brought electricity to his village as he became a member of the Parliament, in 2016.